How is IBD Diagnosed?

The symptoms of both illnesses can be quite similar and a precise diagnosis is sometimes difficult to reach when the inflammation only involves the colon (colitis). Roughly 10 percent of cases of colitis cannot be diagnosed as either ulcerative colitis or colitis due to Crohn’s disease, and are called indeterminate colitis or IBD of undetermined type.

A common feature found in both disorders is an abnormal response by the body’s immune system.

In Crohn’s disease, the immune system appears to launch an intense attack against the bacteria which are normally found in the intestines. This results in the recruitment of excessive numbers of white blood cells to the intestines, where they produce substances that cause chronic, unrelenting inflammation.

What Parts of the Body are Affected ?

Also, in Crohn’s healthy areas of the bowel may be found in between diseased segments. In ulcerative colitis the disease is limited to the colon in a continuous distribution and it affects only the superficial inner layer (the mucosa) of the colon.

Both diseases are chronic, which means that they are ongoing, with unpredictable periods of activity or disease flares over the person’s life. 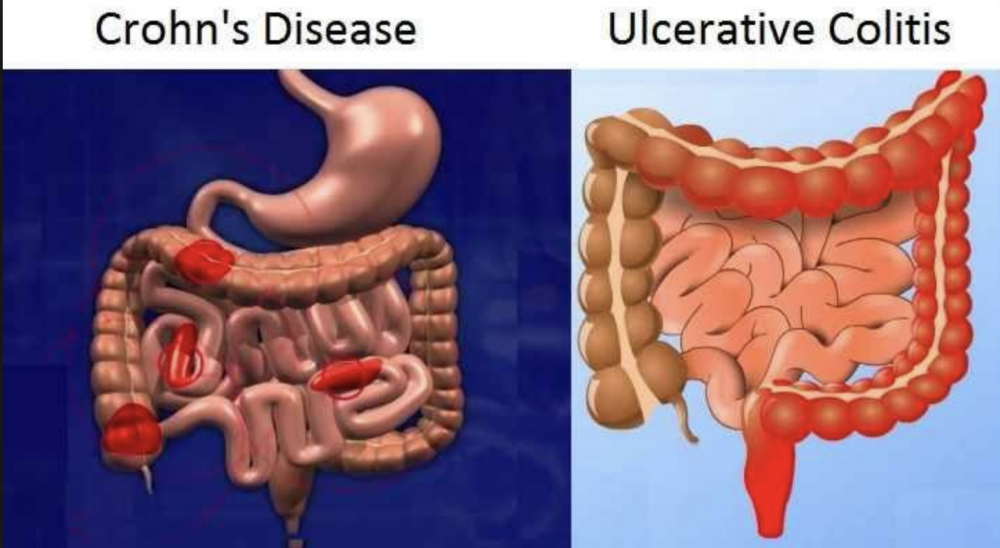 IBD should not be confused with irritable bowel syndrome (IBS), a disorder that affects the motility (muscle contractions) of the colon. Sometimes called “spastic colon” or “nervous colitis”, IBS is not characterized by chronic intestinal inflammation and is a much less serious disease.

IBS bears no direct relationship to either ulcerative colitis or Crohn’s disease, although the two problems may co-exist in the same individual.

Your donations help to provide the best quality care for those living with IBD in Quebec.

It is through your donations that we can continue to provide specialized care to IBD patients.